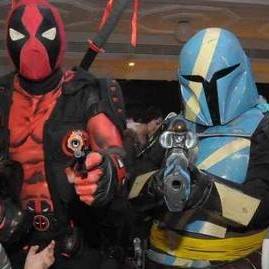 Had a bit of a beast of a project which is almost done ..  Connections on IBM i (iSeries, AS400), with Docs on Windows, Kudos analytics and a bunch of other stuff .. I have loads to blog about that .. that is for another day as I am currently writing all the documentation up ….

In other news .. it may be a bit of a secret but I am a tiny bit of a Star Wars and Disney fan and I do like to throw a Costume on to raise money for a good cause or two. I have also been inspired by my good friend Mr Tim Clark who has recently blogged about making a change to lose weight and get fit. I have decided to follow his lead.

So two weeks ago I started the same Cambridge Weight Plan as Tim and I also have the support of the amazing Marissa – It hasn’t been easy as it is a massive shock to your body to basically stop eating *crap* and just give it what it needs, but I feel amazing ..

So on the back of this ..  my Best Pal, fellow Disney and costuming nut, the lovely Samantha Cunningham talked me into running a 5k at the inaugural Disneyland Paris Marathon Weekend .. initially I was terrified of the thought as I haven’t done any kind of real running since I was in High School (I used to be a 100 and 200m sprinter). The more I thought about it, I realised that I can use this as a goal and to keep me motivated to keep on with the weight loss and exercise.

I am not known for my will power I must admit, I was worried I may cave or give up !! To stop this from happening I am running for a charity. Specifically the 1st Sensory Legion who are the driving force behind Feel the Force Day.

Feel the Force Day events are film and TV conventions with a difference. They are the only conventions that are designed around disabled people and make them as accessible as possible. Access does not just mean a disabled loo and a ramp, it’s about attitude, contact and all the subtle things that make things easier. They are an amazing bunch of people .. so Sam and I are running for FTFD … we want to raise as much for them as possible as everything is funded by donations and the whole team are volunteers with day jobs …

If you can spare a £, $, € or any other currency please head over to my just giving page or the team page.

Thanks in advance for all your support .. 😀 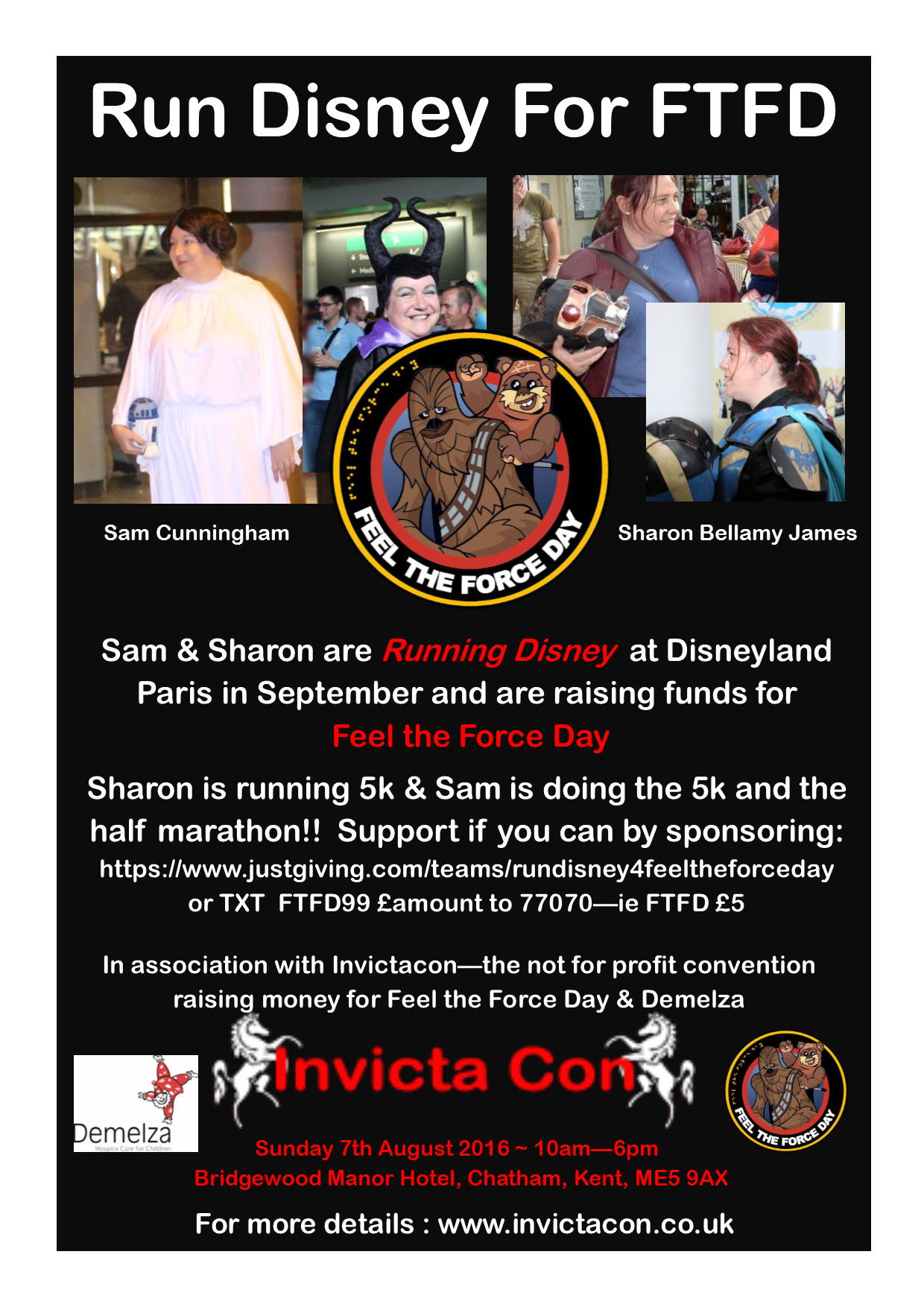