I have been a bit quiet of late .. I have been a little busy – working hard at BCC, spending time with the family and the horses and booking my place at the Magic Run Weekend at Disneyland Paris (more about that in a later post) but May will be a busy month ..
I will be at the awesome Engage with co-speaker (and my boss 🙂 ) Olaf Boerner. We have a great session for you on Making Domino and Office 365 your Dream Team ..

Engage is a fantastic event .. free to attend and has some of the best speakers from the ICS bubble, it is well worth the trip.

Just after Engage there is the European Collaboration Summit in Germany. One of the largest user run conferences in Europe for Microsoft.  Again I will be speaking (at my first Microsoft conference) on Microsoft Teams: How to automate life cycle management of Teams and ensure compliance and security. I am really looking foward to it 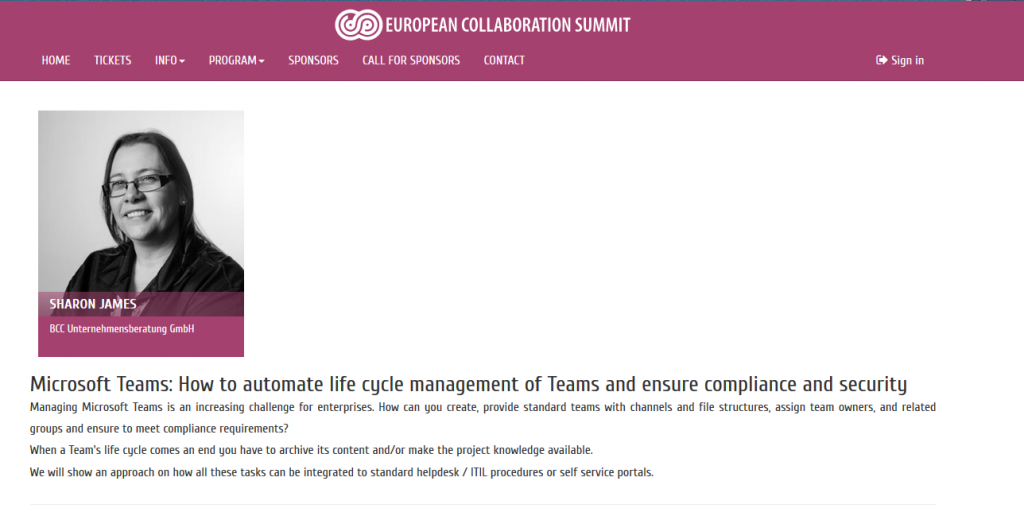 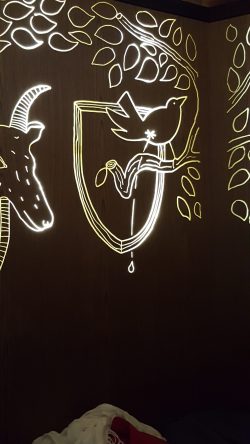 As blogged over on the BCC page .. a round up of Sutol with some extra Shaz related bits  🙂

Last week we were in the beautiful city of Prague for the 8th annual SUTOL Czech user group. It was a small affair with approx. 100 attendees – making it more like an extended family gathering, which actually worked really well. The sessions were well attended and there seems to be a chunk of Czech business that already have hybrid and cloud environments and are uses of IBM Connections.
The Keynote:
Lots of news which was nice .. some of it revisited some of the information that was made public at ICONUK, but there were updated and NEW news!
So Drew Birnbaum kicked off the keynote with a look at ICS strategy through the ages – admitting that IBM had lost its way a little and how they are redeeming themselves going forward. It was very refreshing to know that the beast that is IBM have taken on board what Customers, Business Partners and IBM Champions have been saying – so positive news on that front.
Drew also covered the #newwaytowork message that IBM have been delivering to us over the past few months, and it seems to be becoming more and more relevant to how normal businesses work. One of the statistics that was shown was the average worker consumes approx.. 15.5 hours of media a day – 15.5 hours!! That is a lot of data, it’s no wonder we can get distracted.
One of the things that the Watson and cognitive engines can do is help us make sense of all that *stuff* and we are seeing it more and more as the API’s become available to hook in to. This message was reinforced on the integration into application and services that are cloud ready. Unfortunately there is no news on when on premises customers will be able to take advantage of this – here is hoping that one day we will be able to consume Watson or some of those features as a web service.
Barry Rosen had a lot to say. He is the new hero of our ICS community, and has become the go to man to pass on concerns, queries and praise to IBM. Always ready to listen and very honest, and had already made some changes since he announced the Road map at ICONUK back in September 2016.
The features and fixes to be released in the Notes/Domino feature packs are to be released via priority. Each cycle the highest priority fixes and features will be worked on for release, rather than promising something and not delivering, announcements will be made on what is coming over the next few weeks we hope and that will continue going forward. Again another improvement.
Sametime will also follow the continuous delivery method, which is fantastic news. There were a lot of speculation that IBM would be killing off Sametime now they had Watson Work (Project Toscana) and the alliance with Cisco, but Barry told us Sametime is not dead and it will have continued investment and fixes. Sametime IS the on-premises chat and meeting solution and will continue to be.
The same can be said of application development and x-pages. There will be an announcement in early 2017 on the future of application modernisation, development and the plans IBM have – Connect 2017 will be the place to hear this. Barry assured us that Martin Donnelly’s x-pages team have plenty to do and to release to us – looking forward to more new on that early next year.

If you are wanting to go down the Verse on Prem route for your email client there is also good news. The Connections entitlement to Files and Profiles has now been updated for Domino 9.0.1 customers to allow Connections 5.5, allowing the additional features for Verse on Prem at no extra cost – Shameless plug for the BCC Connect your Domino offering to help you get to that point to be Verse ready.
The ICS portfolio is becoming like a buffet, allowing us to pick and choose what applications and solutions suit our business and needs as users. Improved integration points should make this a lot easier and with the new framework and set of APIs for that framework will ensure that it’s easier to integrate applications and systems.
So exciting times and generally good and positive news all around. I sincerely hope that this is not too little too late and that IBM really have taken note of what Customers and BPs have been telling them. It’s a good message that Customers that can’t or won’t go to the cloud are still going to get support and updates for on-premises software and that if they do want to go hybrid that there will support for that too – Another shameless plug fpr the BCC Admin Tool for Connections Cloud at this point, as this helps with just that very scenario, manage your Hybrid and Cloud users just like your on-prem ones.

All in all ….
A very positive message was sent out by IBM and the attendees and those following the twitter stream seemed also to be enthused by the message, let’s just hope that message and the enthusiasm stays with us to Connect and Engage and well into 2017.

This was the first time I had been to SUTOL .. It really was like an extended small family gathering .. which was GREAT .. so good to catch up with friends and colleges in our space and with those IBMers that I only get to see at events like this. I finally got to chat to people that I have only spoken to in skype and on twitter. User groups are so important for networking and keeping in touch with what everyone is doing and sometimes you can’t beat a chat over a beer.

The speaker / sponsor dinner was so much fun – i haven’t laughed so hard and so long for a while .. Prague is also excellent for Pokemon hunting and I caught my first 2 Pikachu on the way, and about 15 other little blighters and many stops (so lots of balls).

The food was amazing, filling and tasty .. and there were many sausage jokes occuring on our two tables (we may have got a little rowdy, luckily we were in a private dining area). I haven’t been to many bars with such a crazy drinks menu .. we had GROG (unfortunately it wasn’t served by a pirate or a busty wench .. or in a wooden jug.. but it was GROG) .. so well worth the night out 🙂

I also won a prize in the closing session – thank you Panagenda for the kit .. I shall have hours of fun playing with that 🙂 The speaker gift was a lovely bottle of Czech wine – made for St Martin’s day (I know it was lovely as I have already finished it).

Thank you Prague .. thank you to the SUTOL team for making me feel so welcome and to Wannes and Roberto for being brave enough to speak with me for a second time. Shout out to Stephanie as well as it was girls on tour for BCC and we had a great giggle too ..  bring on the next one 🙂

We are thrilled that our session Adm11. Connx install in 45 minutes or less, or your money back – has been selected for Engage.

It’s going to be a great conference – 65 speakers in total, among them 30 IBMChampions!

The agenda; looks fantastic – jammed with sessions into 5 tracks over 2 days. As well as all the great content, there are social events, speed sponsoring, a chance to network and catch up with old friends and make new ones.

It is one of the best user groups around and Theo and the team work tirelessly to put on an amazing 2 days. If you work with IBM Collaboration software in any way, shape or form its a fantastic opportunity to gain more knowledge.

Adm11. Connx install in 45 minutes or less, or your money back
Connx install in 45 minutes or less, or your money back (Entry fee €1.00 *)
New to Connections Admin / Dev? Need an environment to test your development? Need a test system or proof of concept? Don’t know where to start? Never fear – We can help you become Collaboration Super Hero!!!
In this session we will help you plan, install and most importantly CONFIGURE a connections environment to fit what YOU need it for.
Need to get data into your new system – No problem. We will guide you through migrating / importing existing Connections data into your new Connections environment.
From software required, DB selection, useful tools and trouble shooting tips – for Linux and Windows – whether you are an admin or a developer we will enable you.
* Money back for this session only. Note – the actual install takes a lot more than 45 mins 🙂
** All money goes to Dander4Dosh 2015